The Place to Be
What’s your “sweet spot” job?
By: Stacey Freed, Senior Editor

An addition with a kitchen or bath?

A sunroom with a deck? A complicated roof?

Taking on one of these projects might mean a challenge with a good gross profit. Or, it might mean losing your shirt.  Knowing beforehand will help increase profitability while decreasing stress.

Your “sweet spot” is “a particular kind of project that you enjoy doing, [and] know you can do efficiently, on time, and on budget with a delighted customer and minimal stress,” says consultant and REMODELING columnist Victoria  Downing.

Figuring it out needn’t be left to trial and error. “I looked at my history and at what my most successful projects and leads are,” says an owner of a design/build company in San Diego. “Whenever I have a challenge on a project I look at what I could have done to avoid the challenge. Was my contract not clear enough? Was the plan not clear enough? It’s usually a communications breakdown.” I keep a notebook called “contract wording,” and whenever I have a challenge, he says, “I take note and look at how I can reword my agreements with clients to make them clearer.”

It’s determined that his most successful job is a room addition with a kitchen or a bathroom. He takes into consideration the size of the job and whether it fits his company’s structure — superintendents overseeing jobs done by trade contractors. “Smaller projects aren’t necessarily a sweet spot because my competition for those jobs is greater,” he says. “Larger projects make more sense.”

Look Back to Look Ahead

One way to gather job history is via a job autopsy, a review of a job shortly after it’s completed. (See “Autopsy for Answers,” page 106.) “Make sure you look at trends over time,” says an Intuit Master Builder consultant and software consultant to the remodeling industry. “The data has to be collected over a population large enough to be able to draw a reasonable conclusion.” And it’s not enough to just look at jobs on which you lost money. “It’s equally important to do autopsies of jobs you do well on. You can also learn from those.” Comparing estimates to actual costs, as well as analyzing “non-quantitative information such as what the lead carpenter and production manager say about the job,” and will help you pinpoint problems, discover what you’re good at, and, ultimately, will help you determine which projects will return the highest gross profit. The owner of a Newport, Delaware company does job autopsies every two weeks on every project to adjust over/under reports to show true profitability.  Then he does a final autopsy at the end. “You can look at a project in a macro or micro sense,” he says. “To determine a sweet spot, you’d look at projects from a macro standpoint, doing side-by-side comparisons by project type to determine overall gross profit.”  One thing your research might tell you is which jobs you shouldn’t pursue, whether because of profitability or because you don’t feel competent doing them. “In my market,” says another owner in Ann Arbor, Mich., “there are some very good remodeling companies that only target kitchens. They niche.” So with our background in roofing, siding, and windows, we stay away from kitchens. “In the past five years I’ve made the transition to a full-service remodeling company with a focus on exteriors,” he says. “I tell clients ‘If you have me build a room for you and you want it to look like it’s always been there, then there’s nobody to hire but us.'”

It’s not just about profit or about what type of job it is, says Glen Lumia, owner of Creative Design Construction & Remodeling, Northvale, N.J., who gears all his systems toward finding what he calls “preferred projects.” “We look at where the lead came from, who the clients are, what they want to spend, why they’re buying from us, and where the job is located.” From the first call, Lumia is finding out whether a job will be right — and profitable — for his company. An office team member answers the phone using a scripted scenario, gathering information from callers and assigning point values to their answers. These are then marked on a “job type” form that Lumia created.  (See Good Form, page 58.) A previous customer automatically gets the highest value no matter what the job. We’ve even changed light bulbs,” Lumia says. Sweet spot jobs are highlighted on the sheet. A kitchen addition gets 10 points, while a bathroom alteration gets just five. Which town a potential client lives in has a point value, as does the way in which he or she found out about the company. Leads are then placed in color-coded folders. A red folder is a really hot lead — a sweet spot or a preferred job. “The colors tell us how quickly to respond to the lead,” says Lumia, who, along with one other person, does sales for the company. “And if you get a red folder, you’re expected to close on that lead.”  After 18 years, Lumia has learned that the more jobs CDCR can do that are similar, “the more these jobs become systematized. Salespeople will try to sell certain packages, sell the same cabinet line at a certain price range, or the same type of [kitchen] island. This allows our people to get faster at those specific jobs.” And the efficiency leads to higher profits. Lumia says he has also figured out that if his company is reaching its potential, “[budgets for] 80% of our jobs should fall in the middle-of-the-middle to the middle-of-the- high” range. “If it’s a kitchen remodel, we’d want it to fall into an average of $65,000 without appliances. A master bath would be about $40,000. A regular bath would be about $26,000.”

One owner says, he too, looks at more than just the bottom line. “The client — not the project — is the most important thing,” he says. “I’m married to a client for six or nine months, and I don’t want to marry someone I don’t like.” It took seven years of owning his own remodeling business for him to feel comfortable telling a client that their project didn’t fit his company. Now, after 20 years, he says that if he sees a client being rude to his or her spouse or to the children, he knows that’s a client he doesn’t want and will walk away. “With the amount of effort it takes to run a job for bad clients, I can use that energy for five or six other jobs,” he says. “It saps your energy and company morale, and it isn’t worth it.”

Show Me the Money

What kind of profits are you looking for? Another owner says that although he charges the same markup on all his projects, some end up being more profitable than others. “I like a meat-and-potatoes job, such as a room with a kitchen, rather than scrambled eggs — little projects all over the house. [With those little projects] my profitability goes down. They’re more difficult to bid and manage.” A 40% gross profit goal, which nets him 18%. When reviewing clients’ businesses, Downing looks for 36% to 40% on largerjobs, but on smaller jobs she’d like to see 50%. “It’s easier to double a $5,000 job thana $100,000 job,” she says. “When I look at a client’s jobs and see percentages in thelow 20s and 30s in more than one category, it’s a red flag. They’re leaving money on thetable. They need to charge more on smaller jobs to make it worthwhile.” (See “SizedRight,” page 104.) And you don’t have to take every project that falls into your preferred range. “You might have a sweet-spot job that makes a lot of money but is boring,” Downing says. Or requires too much hand-holding. Or too much detail work. That’s all right. Mixing it up can be good for morale as well as for the bottom line.Once you understand your company’s sweet spot, you can focus your marketingand lead conversion efforts on finding those clients and jobs that fit — and that’s a sweetspot to be in. 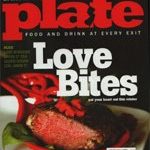