The Builders & Remodelers Association of Northern New Jersey (BRANNJ) has released figures that indicate an upward trend for home remodeling in the area. While new home construction permits are down from last year, home-renovation numbers seem to be on the increase.

“The number of permits (for renovations) evident this summer demonstrate that first-time home buyers took ad-vantage of the Federal Government’s $8,000 incentive,” stated Glen Lumia, President of both BRANNJ and of Creative Design Construction & Remodeling, Northvale. “They were purchasing foreclosed or lower-priced homes in need of repair.

“(The government tax credit), coupled with the fact that builders are offering pricing incentives, puts the buyer with good credit in the driver’s seat.”

Lumia advised the homeowner buying a “fixer-upper” to keep in mind that some renovations can be costly. “A builder should accompany the prospective buyer to give a ballpark estimate,” he said.

The U.S. Commerce Department also reported that, nationwide, housing permits posted substantial gains through the summer, as home builders responded to improved market conditions and the impending expiration of the first-time buyer tax credit. The Commerce Department found an 8.7 percent gain in permit issuance, to 563,000 units.

The $8,000 Tax Credit incentive has been extended to April 30, 2010 for purchase agreements and June 30, 2010 to close. For this program, the IRS defines a first-time homebuyer as someone who has not owned a principal residence during the three-year period prior to the purchase. The tax credit does not have to be repaid.

The credit also has been extended to the non-first-time homebuyers who have lived in their current homes for at least five years, and whose income is limited to $150,000 per single homeowner and less than $225,000 in joint income. The new credit is up to $6,500 for non-first-time buyers.

To learn more, call 201-768-5813 in New Jersey or visit the Web site, www.CreativeDesignConstruction.com. 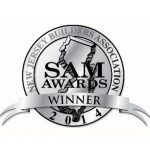