By cdcon
Posted July 13, 2017
In Featured Press
A Bottle of Red, A Bottle of White: An Allendale Basement Suits Whatever Kind of Mood You’re In Tonight – Design NJ – Aug/Sept 20172017-07-132018-04-27http://creativedesignconstruction.com/wp-content/uploads/2018/01/logo.pngCreative Design Constructionhttps://creativedesignconstruction.com/wp-content/uploads/2017/07/a-bottle-of-red-a-bottle-of-white-an-allendale-basement-suits-whatever-kind-of-mood-youre-in-tonight-design-nj.png200px200px
0
0

John and Ariane Canavan wanted a lot from their Allendale basement. The goal for the 1,600-square-foot space was “to create a comfortable atmosphere for the young children, keeping in mind they will be using the area for entertainment for all ages,” says Glen Lumia, owner of Creative Design Construction Inc. in Northvale. Based on that request, Lumia’s team created rooms that speak to sophisticated adult gatherings, children’s playtime and family fun.

The various gathering spaces in this basement have decidedly different tones. The bar area, with its refined dark neutrals, feels like a chic urban club. The television zone is cozy and warm, beckoning kids and parents to relax in the deep sofa. The children’s playroom is bold and bright, with plenty of room to spread out. Still, all the spaces have something in common — a linear design softened by strategically placed curves.

The play of angles and curves begins upon entering the basement. Here, a preponderance of right angles — the frosted glass on the playroom door, the box panels on the stairwell wall, and the wine-rack-wall tile — serves to accentuate the spherical bottles in the prominent floor-to-ceiling wine rack.

At the bar, the hard angles of the cabinetry are juxtaposed with the graceful waves of the barstools. In the television area, cubed ottomans in orange and brown mimic the lines of the paneled door and cabinetry. The carpet adds a curved counterpoint with its flowery swirls in coordinating colors. A carpet adorned with circles takes center stage in the playroom surrounded by crisp white cabinetry festooned with fun flower and heart decals.

The funky and fun playroom can be viewed from the other rooms — or not as the situation requires — thanks to the design team’s thoughtful addition of decorative frosted-glass pocket doors. “They were used to separate the children’s spaces from the adult areas,” Lumia says. This facilitates sound control “and allows the spaces to be hidden in the event they become messy.”

Other practical and pretty accents fill the space. The flooring throughout is vinyl disguised as wood, chosen for its utility in a subterranean environment. “It’s free-floating and anti-bacterial — priceless for a basement application,” Lumia says. (A floating floor does not need to be nailed or glued to the subfloor, allowing for expansion and contraction.)

In contrast to the smooth plane of the floor, stacked stone tiles bring some rough edges to the entry, bar and television areas. Inset at differing depths rather than flush, the uneven stone adds interest to the spaces. In a departure from the horizontally set tile in the bar and television spaces, the tile in the wine rack/entry area is set vertically to create a pleasing contrast with the horizontal wine bottles.

In fact, all the various spaces in this basement contrast pleasingly with each other, yet work beautifully together. The result, Lumia says, is exactly what the Canavans ordered — “a space that grows with the family.”

A Bottle of Red, A Bottle of White: An Allendale Basement Suits Whatever Kind of Mood You’re In Tonight 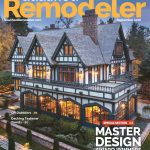 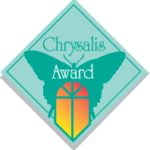